R & R - Remove and replace, a term sometimes used by bicycle professionals which refers to the concept of replacing damaged parts with no consideration of repairing them. R & R makes sense in many modern situations from a purely economical point of view, where the labor cost of repair exceeds the cost of the part plus the lesser labor of removing and replacing it. In other times and places, many things we throw away today were repaired. 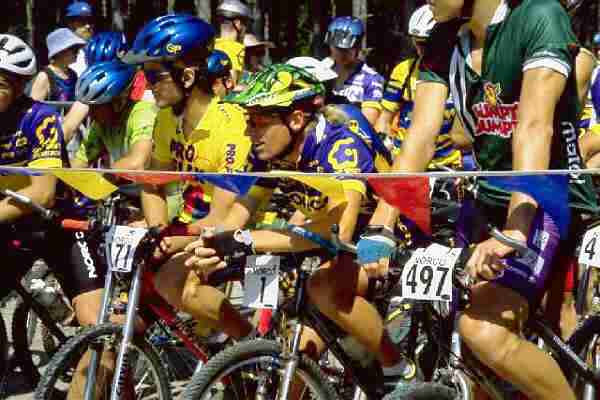 Randonneur - A style of handlebar named after a successful racer. This is a style similar to Maes (which see), a downturned style found on thin tire road racing bikes, but with a slight upward curve on either side of the middle, and a slight flare outward of the lowest parts, so the rider's forearms do not bump into the upper portion of the handlebar.

Ratchet - 1. A stepped surface over which pawls (little spring-loaded flippers) run. When the ratchet or pawls are turned one way, they engage. When turned the other way, coasting is possible. Ratchets are found in freewheels and planetary gear sets. See also: Pawl. 2. A handle to which sockets are attached for turning nuts and bolts.  The handle can work in a limited area by swinging back and forth, slipping in one direction, and turning the fastener when swung in the other direction.

Rattrap - A colloquial term with two meanings. It can mean a luggage carrying platform which mounts over the wheel, or a style of pedal which has a metal cage.

Reaction arm - By pedaling backward about an eighth-turn of the pedals, a coaster brake can stop a bicycle's rear wheel easily. The torque developed at the hub is tremendous. Normally, that torque would spin the coaster brake's axle within the dropouts - not a desirable condition. Therefore, to counteract the force, a steel arm comes out of the left side of the coaster brake, and is fastened to the chainstay a few inches away. This is the reaction arm. Synonym: Brake arm.

Rear derailleur - A cable-operated guide mechanism that allows the rider to shift the chain from one sprocket to another on the freewheel of the rear wheel. 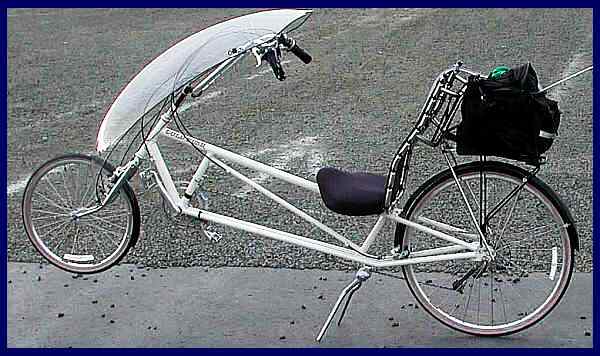 Repair stand - A device for holding bicycles up at a comfortable working height, and allowing the repair person to spin wheels. Synonym: Workstand - which see for more details.

Replica - A copy of an antique bicycle.

Right-threaded - Nuts and bolts that are threaded in the conventional direction. To install or tighten a right threaded part, you turn it in the same direction you would turn a pickle jar lid when you're putting it back in the fridge.  See also: Left-threaded.

Rim - The metal ring which holds the tire and tube. The whole wheel, consisting of rim, spokes and hub is often mistakenly referred to as "rim."

Rim strip - A strip of rubber, plastic or cloth that protects the inner tube in a wheel from being punctured by wearing against the tops of the spoke nipples or the rim.

Rohloff - A manufacturer of rear wheel hubs using multiple planetary gear sets achieving 14 speeds with an incredibly wide range of gearing greater than 500%. Rohloff hubs cost close to $1,000 but are very strong and reliable. The only critique offered by many Rohloff riders  is that there is a sudden momentary stiffness in pedaling when you switch from 7th to 8th gear as it engages 14th gear before settling into 8th.

Rotor - A device surrounding the handlebar stem on freestyle bikes that allows the handlebar to turn around and around without tangling up the rear brake cable.